Am I Too Old to Pursue My Musical Dreams?

Home Blog Am I Too Old to Pursue My Musical Dreams?

Am I Too Old to Pursue My Musical Dreams?

For those who know me, I’m a producer, singer, songwriter, musician, and studio owner in Nashville, TN who has been professionally pursuing music for more than 30 years. My mother, grandparents, and Uncle Buddy Killen were all members of the Grand Ole Opry. My Uncle founded one of the largest music publishing catalogs in the world at one time (now known as Sony Tree Music). I have been making music my entire life. My production work is wide in variety, current and viable. It spans Country, Bluegrass, Big Band, Hip Hop, Jazz and more… If it makes a sound and I can reference the purity of its raw source, I can represent it very well according to its true nature in the form of a recording. 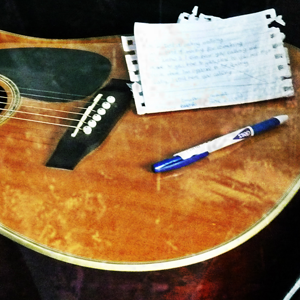 After so many years, and having been a widely known artist at one time, and an accomplished singer, and musician in my own right, prior to taking on my role as a producer/engineer and studio owner, I’ve arrived at one very clear conclusion when it comes to gauging oneself regarding musical pursuits. And that is, that no one should “rely” on fame or a Grammy to validate their musical achievement. Otherwise there will be a lot of depressed people out there, and I mean a lot.

What’s important in life, as we all know, is to always do your best.  Well, how do YOU gauge “your best.” First of all, music itself is something that speaks to your heart and lifts your spirits. So passion for musical is important, but you must enjoy the journey, or else you’re not doing it right. No matter how famous you become or don’t become, your art and expression of it should always remain a very personal achievement or non-achievement, according to how you view your musical status and how well you actually do it in comparison to others at your level. That may sound like I’m placating to mediocrity, but I’m not. No matter where you want to go in anything, you must first be efficient at where you are at the moment.

If you’re in your early stages of pursuing music, you should approach it in small bites when you can do it “responsibly“, without disrupting your ability to service other important life matters such as paying your bills. It’s important to maintain your life and career outside of music. That is, if you have a life outside of music. The real goal is to be the best musical “you” that you can be. Join a band, take instrument and/or voice lessons, become a better guitar player, singer, songwriter, etc. My company along with several others are resources to that end, but I’m not writing this to promote my business, but to answer a question that plaques the hearts of so many people.

As someone who is directly involved in the industry in Nashville TN, I can tell you all, that unless you can accumulate a huge fan-base on your own, professionally record your own music, promote yourself via YouTube, Facebook, ReverbNation, MySpace, etc, or unless you have a few million dollars burning a hole in your pocket to co-invest with a major label in promoting yourself (like Taylor Swift’s rich father did for her), your chances of mega success or stardom are quite slim regardless of your “age.”

Success is possible, but the flow of industry profits have changed so much since the days when music was only distributed via national CD sales, and it’s a bit more difficult tapping into the money vein or to gain enough mega-attention for those figures to even add-up. Major labels were the slowest to finally catch on to the new download market. The unfortunate thing about that is that funding, or the lack thereof, has greatly limited the major labels’ ability to afford or justify taking risks on large production and promotional budgets to launch new artists. but social media is promising for gaining independent notoriety. One of the earliest ones to prove that is Justin Bieber.

This major change in profit flow has everything to do with downloaded music being purchased one song at a time as apposed to buying a full CD. Downloaded music has all but ruined many professional songwriting careers and small publishing companies. Many publishing companies have been gobbled-up by the larger companies, such as SONY and UNIVERSAL, and they are also having to downsize their administrative staff.

Sorry if that sounds slightly negative, but it’s the “not so pretty” truth, and it is my honesty as an industry professional that forces me to be forthright on the matter.

But take heart friends! All is NOT lost! Without naming the obvious, there are quite a few grass-roots successes out there who are shinning a light on the musical path going forward. Several Independent record labels are cropping up and independent artists are appearing, who have managed to shatter the ceiling regardless of the static industrial limitations that seem to be dictated by music business elites. Like any industry that has ever faced transition, as long as Free Enterprise remains truly free, other avenues for revenue magically appear out of thin air.

Individual dynamism, the willingness to work hard, and remain dedicated to your craft will always cut a new path and make visible those “not so easy to recognized” pathways to success and recognition. It can seem bleak when you compare the small and isolated number of mega successes to the huge number of people trying to get rich and famous in the music business.

Like they say, “The herd always thins, and the cream always rises to the top.” The statistics in relation to how many find success and how many meet with failure will strike most people as daunting, and even frightening, if not seemingly impossible. But there is a huge element that so many people miss, which is this; the MAIN mission. Main mission? Which is what?… The love of making music!! THAT is the MAIN Mission! If you make money, then great. If you don’t, then at least you’re building a body of copyrighted works. It’s all good as long as your wise in how you pursue it, constantly learning and improving, and not being wasteful with your resources or finances. I’ve certainly seen a lot more money wasted on much worse habits and other things people spend money on to satisfy their human desires.

So, in short, do the music thing because you LOVE it. If fame comes from it and you can somehow manage to stand out from the rest, then all the better. Let fame and mega success simply be the cherry on top of the fact that you are already doing music to satisfy YOUR personal desire to excel at simply making awesome music. Hopefully a large mass of others will appreciate what you’ve created also!

The title of this article isn’t really the core of the “ultimate” message I hope to relay, even though it is true that so many people give up their musical dreams because they feel it’s too late in their lives to start it, or pick it back up in order to achieve “fame.” But my message does essentially speaks to this “age” question, while at the same time covering the other concerns we address when considering whether or not to pursue music.

So what is the ultimate message here? Well, here it is… Don’t worry about age, popularity, fame, or whether you are an awesome musician, singer or songwriter. My message is to go out and “work at playing”, having fun with music!

Some folks simply are not as musically gifted as others, but have potential at being very good lyricists as long as they can wrap their minds around rhyme and rhythm, pairing themselves with others who are indeed more musical than they are to complete the song. I record amazing demos for so many folks whom you would assume are not musically talented enough to have professional demos recorded of their songs. But by joining their forces, they are crafting excellent songs and getting very valuable input from industry professionals like myself and folks associated with my company to aid in their evolution and growth as songwriters. So nothing is impossible folks! If it feeds your heart and soul to do a thing you love and enjoy, then follow the NIKE motto and – JUST DO IT!

Good luck to all of you artists and budding songwriters out there! Yes, success is possible, but be responsible, reasonable, and most important, work and play smart. Don’t make hasty decisions in this shifting world economy. Bearing these things in mind, realize that it is still an ever-changing market place. Gauge your risks according to the sacrifices you are “willing” to make, and how much discomfort you are truly willing to endure. Like the old saying goes, “Shoot for the stars but keep your feet firmly planted on the ground.” After it’s all said and done YOU are the only one you will have to answer to other than God.

Note on the origin of this posting:

This posting (although improved and extensively re-edited for my Song City Blog) is one I’ve recaptured from more than several years ago. It was discovered by my new friend Scott Foster, who sought out online profile after reading it. He reminded me of the post, and felt it was the most honest and forthright of the comments he read on the subject, which he was researching at the time. It struck me after his remark, that perhaps I should recapture the fundamentals of the message and make them more publicly available for others to access and read. This is the result of that. Thank you Scott Foster for bringing this to my attention. The link to the article that prompted my resulting comment (which is now in my blog) is below:

Give us a call:

Or email us at: studio@songcity.com